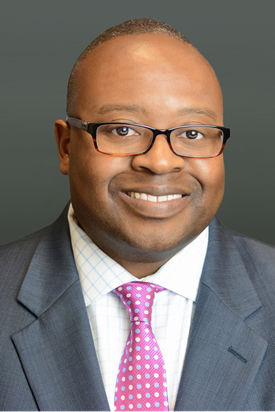 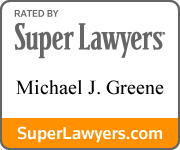 Michael J. Greene has been a with Goodman, Carr since September 2003, and is currently the managing partner. Attorney Greene practices criminal defense in both Federal and State Court. In State Court, he handles cases ranging from traffic matters and DWIs to serious felonies including drug trafficking, sexual assault, vehicular homicide and murder. In Federal Court, Attorney Greene represents individuals that have been federally indicted in the Western and Middle Districts of North Carolina for drug trafficking and conspiracies, weapons charges, housing and mortgage fraud and white collar crimes. Mr. Greene holds a license to practice law in the State Courts of North Carolina and Federal Court for the Western and Middle Districts of North Carolina. Attorney Greene worked as an Assistant District Attorney (ADA) for the Mecklenburg County District Attorney's office (Charlotte, NC). As an ADA, Attorney Greene worked in both District and Superior Court prosecuting a large volume misdemeanor and felony cases. He conducted hundreds of bench trials while in District Court and tried several jury trials in Superior Court. Attorney Greene is certified by the North Carolina State Bar as a specialist in the area of State Criminal Law. Each year since 2004, Attorney Greene has been named as one of Charlotte's “LEGAL ELITE” in the field of Criminal Defense by Business North Carolina Magazine. He was named in 2009 as a “Rising Star Under the Age of 40” and in 2011, as one of the “Rising Stars” in the field of criminal defense by Charlotte Magazine. In 2010, Attorney Greene was named “Outstanding Panel Member of the Year” for legal services rendered to clients who sought legal representation through the Mecklenburg County Bar Lawyer Referral Service in the area of criminal law.

In 2014, Business North Carolina Magazine recognized Attorney Greene as both a “Legal Elite” lawyer and as the top vote recipient, voted by his peers, in the area of criminal defense. (see Rewards & Recognitions). In 2015, he was inducted into the Legal Elite Hall of Fame. Attorney Greene was also named a 2015 Super Lawyer in the area of Criminal Defense by Super Lawyer Magazine. In that same issue, he was voted as one of the Top 100 Attorneys in North Carolina. He received this same recognition in 2016, 2017, 2018, 2019 and 2020. In 2017-2020, Super Lawyer Magazine has named Attorney Greene as one of the Top 25 Lawyers in Charlotte, NC.

Attorney Greene is originally from Springfield, Ohio, but has resided in Charlotte, North Carolina since 1999. Attorney Greene received his bachelor’s degree from Dartmouth College (Hanover, NH) and his Juris Doctorate from The Wake Forest University School of Law (Winston Salem, NC).

In addition to the practice of law, Attorney Greene is happily married to his wife Anna. He and his wife enjoy spending time together with their daughter and their dog, Benson.

In November of 2019, Attorney Greene was selected and sworn in to serve on the North Carolina Board of Law Examiners.